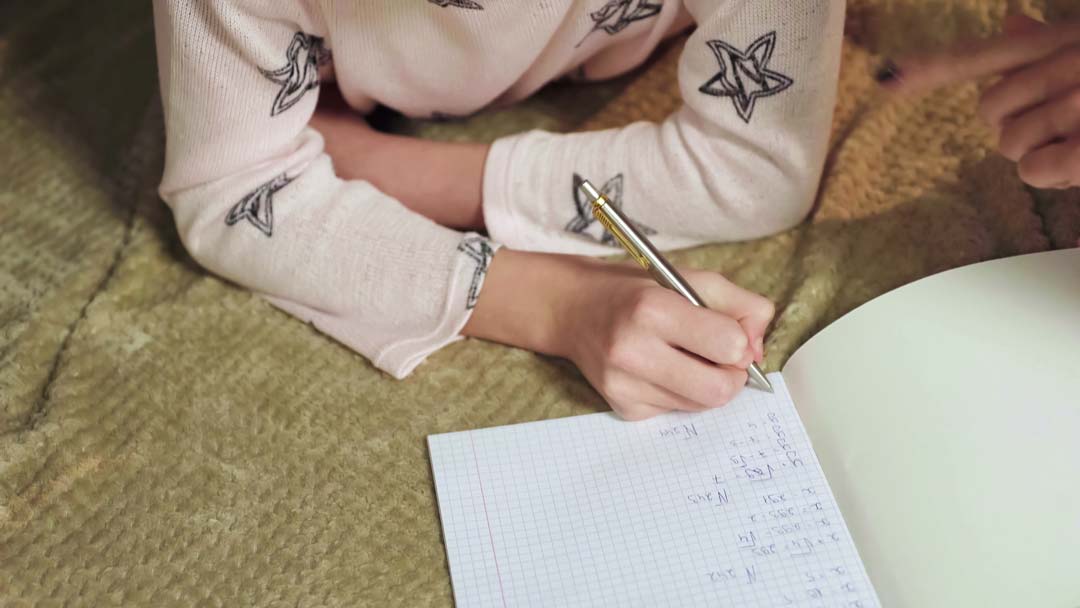 My eldest daughter was four years old, and she was reading. Not memorizing a story and parroting back, not sight reading three letter words and laboriously sounding out others. Reading. She could pick up any children’s book and read it, cover to cover. I wasn’t surprised, because we’d been reading to her since infancy, she loved books, she was intelligent, and her dad and I were also early readers. However, her December birthday made her one week too young to be registered for school. She was obviously ready and would probably even be bored by kindergarten, so the cutoff date didn’t seem fair in her case. When I was a child, my parents could have me tested for school readiness in the same circumstance, but in Rachel’s time, we were told that there would be no exception.

I’d heard of homeschooling. I’d even known a girl in college who had been homeschooled. And yes, she was a little awkward. But, I reasoned, homeschooling was barely heard of in the 80s when I was growing up, unless you were in some sort of religious cult. Now it had become mainstream, and it fit with my ideals of attachment parenting and keeping my family close knit in a sometimes scary world. To top it off, we had friends who were planning to homeschool their daughter, who was a few months older than Rachel, and our two families already spent a lot of time together.
After research and discussion with friends, I was ready. I bought kindergarten curriculum and school supplies, art supplies and even a lunch box that Rachel chose, because my lunch box choice was paramount to me every year in elementary school–and after all, sometimes we’d take lunch on a field trip or to the park. I remember Rachel wasn’t concerned with the idea of not going to school, except for riding the school bus. She asked me about ten times when she’d get to wait at the bus stop and ride on a big yellow bus. She’d seen it on PBS shows like “Arthur,” and saw it as a rite of passage. I explained that there would be no school bus, that in fact school buses were overrated. They were generally uncomfortable and sometimes bigger kids were mean, and they extended your school day on both ends. I assured her that we would ride real buses and the subway when we went into the city, and trains, and the ferry to Connecticut and Shelter Island, and she’d be having too much fun to miss the school bus. She was content with that answer, and our adventures began.

I was pregnant with my second daughter, Julia, when Rachel started homeschooling. Thankfully, pregnancy always agreed with me after the first days of exhaustion and nausea, and I was well past those. So Rachel and I had four months of learning how we would homeschool before everything changed. She was (and still is, at the age of 22) an orderly child, and liked routines. She liked to see the sunrise, but I did not–especially after Julia arrived. Nevertheless, she would get up with her daddy and eat breakfast, and then spend time reading and drawing and playing whatever games she would dream up until I was ready to start school. We would sit together, sometimes at the kitchen table, sometimes on the sofa, sometimes on our screened in porch, listening to the birds singing and the wind in the trees, and do lessons. I’d read about unschooling, or child-led learning, and it appealed to me, but my husband was a little resistant to the idea, thinking that kids would always have subjects they didn’t like and would avoid if allowed to do so. (I know mine would be math and history…) And since Rachel liked structure, following lesson plans worked for us.

Looking back, we did a lot of work for kindergarten. Rachel read by herself every day and aloud to me, my husband, and later to Julia. She would write short paragraphs about the books she read, and she kept a journal where she would write about something we did that day, something that made her happy or sad, even about a dream or a game she and her friend played, and draw pictures to go with it. Looking through those journals today make me sob happy mama tears. If she had trouble spelling a word, it would go on her spelling list, and she liked to practice writing the words every day, which was enough to master it by the end of the week.

We did math in a kindergarten workbook, which meant a lot of counting and shapes and learning to write numbers. We also baked, where Rachel would read the recipe and measure the ingredients carefully into the mixing bowl, and played games that involved matching and counting and taking turns. We used food–candy, raisins, cereal pieces, crackers–for counting and simple addition and subtraction problems. Sometimes at the grocery store, we would play games, such as how many items we could get from our list if we only spent $20, which foods would make a healthy meal or were just junk food, or a scavenger hunt where Rachel would look for items in a certain order or from a certain category.

We didn’t do history in an organized fashion when she was that young, but we went to the library often, and while Rachel went to a program or chose stories she wanted to borrow, I found books on Pilgrims, ancient Egyptians, medieval knights and Native Americans and stories such as the American Girls series that would present history in a fun way that we could read about together. If you have only taken storybooks from your library’s children’s room, you are missing out on so many subjects they have to offer!

Science was a favorite topic. We collected leaves, did leaf rubbings and learned about trees in the fall. We talked about how plants grow in different seasons, and how pumpkins are hardier than lettuce and can survive colder temperatures. She wondered why it gets dark earlier throughout the fall, while in the summer she went to bed with light in the sky. We looked at the stars and read stories about the constellations. A weather chart hung in the kitchen, where Rachel put symbols for sun, clouds, rain and snow, and checked the temperature each morning on our outdoor thermometer. Endless nature walks brought collections of feathers, flowers, rocks and shells. We fed birds, watched them at the feeder and made charts on which birds came to them. Rachel loved watching the behavior of the birds, how the blue jays bossed everyone around and took the best seeds for themselves, and how the chickadees were the bravest for their small stature.

We explored woods, beach, farms and meadows and talked about different animals and plants that lived in each ecosystem. We read books on different animals and learned about mammals, reptiles, amphibians, insects, spiders and birds. We kept tadpoles and watched them turn into frogs, and a butterfly house so we could watch the caterpillars make their cocoons and turn into butterflies, which we released into our yard. We had pets of every sort over the years–cats, rabbits, gerbils, hamsters, guinea pigs, mice, fish, turtles, aquatic frogs, firebelly toads, a dog and even chickens in the backyard–and we learned how to take care of them all. We grew plants in the spring and learned about how plants produce food, how they need sunshine and water, and opened up seed pods to look at under the microscope. We basically were in the world, seeing how things worked and finding answers if we didn’t know.

Then there were the field trips. Homeschooling small children is full of possibilities. We went to zoos, aquariums, planetariums and museums of all kinds. We spent so much time looking, playing, reading, attending fun events and classes with our homeschool group, meeting at parks for long afternoons in the sunshine, going to the beach when other kids were sitting in school. We travelled with my husband when he went on business, and got to see the sights of Boston, Baltimore and Pittsburgh. We were able to travel when school was in session, allowing our money to go further and to avoid crowds. We went camping in Maine, Delaware, New Jersey, upstate, and right here on Long Island when the campgrounds were serene in the fall and spring. They were truly lovely days and created great family memories.

I have been homeschooling since 1999, and my favorite years with my kids were always those early days. Kids are so curious, so willing to learn, and so full of wonder at whatever you have to teach that every day is full of fun in homeschooling. As they grow older, the work gets harder and their interests develop so that time becomes far more structured. I adored the years when a walk in the woods was just as important to the school day as math problems and foreign language. There are many benefits to homeschooling at every age, but to me, the years between 3 and 8 are just magical.

Rachel is now an adult, living on her own and working full time while she finishes up college. She plans to get a Master’s Degree after that. I am in my waning years of homeschooling after graduating two and having my two youngest now in 10th and 8th grade. I don’t know what life will have in store when all my kids are finished. I know I will have mixed feelings–elation at a job completed, sadness that a huge chapter in my life is closed–but I also know that I provided my family with priceless memories, so much time spent together, and a lifetime of love and support.