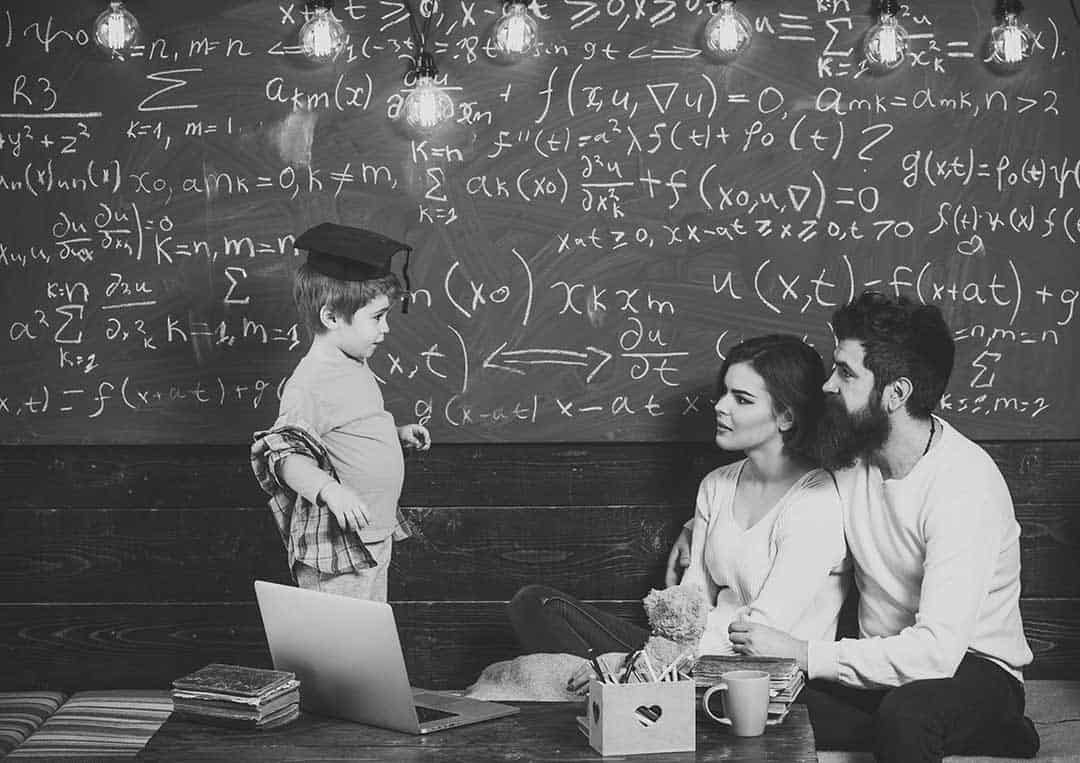 Educational theorists, from philosophers like Socrates and Rousseau to researchers like Howard Gardner today, have addressed theories of learning. Many of their ideas continue to influence homeschoolers as well as traditional educators. A little familiarity with some of the ideas most popular among homeschoolers will help you make sense of the wealth of available materials when you begin to make choices for your family.

Don’t run out and buy a curriculum. Start by learning the various learning styles and teaching styles, then get to know your child’s style. By understanding how your child receives information, you’ll be able to add a curriculum (or no-curriculum) to your home school.

He proposed that children go through several distinct stages of cognitive growth. First comes the sensorimotor stage (birth to two years), during which the child learns primarily through sensation and movement. At the pre-operational stage (ages two to seven), children begin to master symbols such as language and start to be able to form hypotheses based on past experiences. At the concrete operational stage (ages seven to eleven), children learn to generalize from one situation to similar ones, although such reasoning is usually limited to their own concrete experience.

Finally, at the formal operational stage (eleven years older), children can deal with abstractions, form hypothesis and engage freely in mental speculation. Although the rate at which children progress through the stages varies considerably, the sequence of stages is consistent for all children.

Therefore, to be appropriate and effective, learning activities should be tailored to the cognitive level of the child.

Rudolf Steiner and the Waldorf Schools

Steiner divided childrenís development into three stages: to age seven, children learn primarily by imitation; from seven to fourteen, feelings and emotions predominate; and after age fourteen, the development of independent reasoning skills becomes important. Waldorf education tends to emphasize arts and crafts, music, and movement, especially at younger ages, and textbooks are eschewed in favor of books the students make for themselves. Waldorf theories also maintain that the emphasis should be on developing the individualís self-awareness and judgment, sheltered from political and economic aspects of society until well into adolescence.

Montessori and the Prepared Environment

Italian physician Maria Montessoriís work emphasized the idea of the prepared environment: Provide the proper surroundings and tools, so that children can develop their full potential. Montessori materials are carefully selected, designed to help children learn to function in their cultures and to become independent and competent. Emphasis is on beauty and quality, and that which confuses or clutters is avoided: Manipulative are made of wood rather than plastic tools are simple and functional, and television and computers are discouraged.

Charlotte Mason was a nineteenth-century educator advocated informal learning during the childís early year contrast with the Prussian system of regimented learning then in vogue. She recommended nature study to develop both observational skill and an appreciation for the beauty of creation and extended that approach to teaching history geography through travel and study of the environment rather than as collections of data to master. She felt children learn best when instruction takes into account their individual abilities and temperaments, but she emphasized the importance of developing good habits to govern oneís temperament and laying a solid foundation of good moral values.

Educator John Holt wrote extensively about school reform in the 1960s. Although he originally proposed the word ìunschoolingî simply as a more satisfactory alternative to ìhomeschooling.î Unschooling now generally refers to a style of homeschooling, in which learning is not seperated from living, and children learn mainly by following their interests. Children learn best, he argued, not by being taught, but by being a part of the world, free to most interests them, by having their questions answered as they ask them, and by being treated with respect rather than condescension.

Psychologist Howard Gardner argues that intelligence is not a single unitary property and proposes the existence of ìmultiple intelligences.î He identifies seven types of intelligence: linguistic, musical, logical-mathematical, spatial, bodily kinesthetic, interpersonal, and intrapersonal. Because each person has a different mix of these intelligences, learning is best tailored to each individualís strengths, rather than emphasizing the linguistic and logical-mathematical approaches traditionally used in schools. A bodily kinesthetic learner, for instance, might grasp geometric concepts presented with hands-on manipulative far more easily than she would if they were presented in a more traditionally logical, narrative fashion. A teaching approach that recognizes a variety of learning styles might encourage many individuals now lost by conventional methods.

TL;DR: Educational theorists, from philosophers like Socrates and Rousseau to researchers like Howard Gardner today, have addressed theories of learning. Many of their ideas continue to influence homeschoolers as well as traditional educators. A little familiarity with some of the ideas most popular among homeschoolers will help you make sense of the wealth of available materials when you begin to make choices for your family.